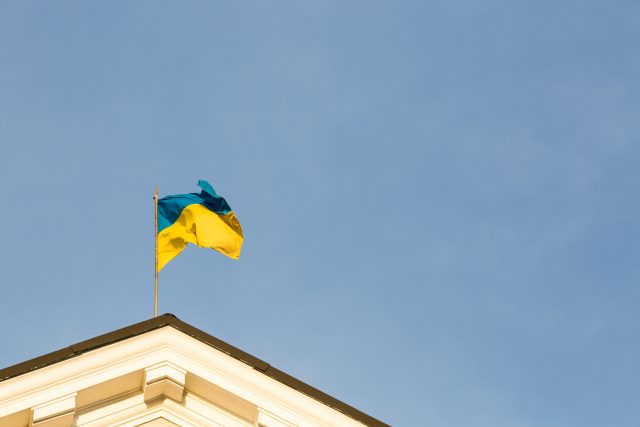 I’ve managed to deliberately avoid politics for most of my career taking an uncomfortable position sat firmly on the fence. In one organisation I was a member of the Board and also the general secretary of the employee’s trade union. That was awkward.

However, what’s been happening in Ukraine over the last 26 days (arguably the last 6+ years) is something that is well beyond politics and goes to the very soul of what is right and what is wrong. I find it rather sad that after 200,000 years of evolution we still find that the best way of solving disagreements is killing each other.

That the vast majority of the world has recognised that this is wrong and is trying to do something about it, is certainly a positive evolutionary step, if rather too late. I have a great many conflicting thoughts and emotions at the moment. Did I feel ashamed when a politician recently suggested on Question Time that Britain was leading the world in our response? (This was at about the point that Poland had taken in around a million refugees and we had found room for about 104.) Absolutely. I find the whole ‘we are the best in the world’ narrative to be not just implausible, but dangerously Trumpian (more of my personal politics leaking out perhaps). However, I’ve spent many years working on the fringes of both the military and diplomacy and understand the need to be very sure before you act on a global scale, even when you might be pretty sure that not acting quickly will just make matters worse. I’m glad I don’t have to make these decisions. It’s hard enough trying to do the right thing for the right reasons in a £20m company of 200 people, let alone when you are carrying the weight of history on your back.

In time, I suspect we will find that Volodymyr Zelensky is as flawed as the rest of us, but right now he has given the rest of the world a masterclass in leadership for the internet age. He’s probably ineligible to be Prime Minister of the UK, but I’d vote for him tomorrow anyway.

How best to support Ukraine is a dilemma faced by everyone, not just company CEOs. We can donate money to one of the hundreds of charities helping the displaced; we can fly a virtual Ukrainian flag on our Teams calls; some of us are even bold enough to take up arms. Having found myself on the pointy end of a gun a couple of times, I know the latter isn’t an option that’s going to help anyone. However, I am a bit of a closet geek AND a closet lawyer and what better way to show my support than to point you to one of, what I expect to be, many new terms and conditions popping up in software code. This one is from the terraform-aws modules (a collection of open-source tools designed to make creating and managing cloud computing resources easier).

599 ## Additional terms of use for users from Russia and Belarus

601 By using the code provided in this repository you agree with the following:

602 Russia has illegally annexed Crimea in 2014 and brought the war in Donbas followed by full-scale invasion of Ukraine in 2022.

603  Russia has brought sorrow and devastations to millions of Ukrainians, killed hundreds of innocent people, damaged thousands of buildings, and forced several million people to flee.

For anyone put off because this looks like code it’s just a set of licence terms, written into the code, that say if you come from Russia or Belarus you may only use the software if you agree that Putin is a (rather derogatory term you can Google for yourself).

I’m faintly ashamed that repeating a Russian obscenity in a blog has made me smile, even while survivors are still being dug out of the theatre in Mauripol. However, for somebody who has made it a rule to never mix politics and business, it’s a small step in my own evolution.