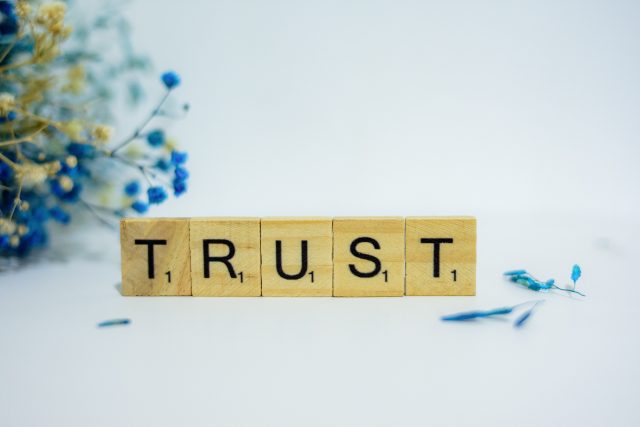 Trust is a funny old thing. It seems to be evaporating faster than spilt wine at a summer barbeque.

On the current trajectory, soon nobody will trust anyone. There’s a fairly strong argument to say that some of us are already there. This strikes me as a fairly major societal issue. Trust only requires a firm belief in the reliability, truth or ability of someone or something. It doesn’t require agreement. Yet trust in our leaders, institutions and providers of information is at an all-time low. Does this mean, as suggested in the 2021 Edelman Trust Barometer that we have reached the point of Information bankruptcy?

Trust, at least as far as the Trust Barometer goes, is a function of both competence and ethics. This seems entirely reasonable. If I am going to trust somebody, I want them to be both competent at what they do and well-meaning. A well-meaning idiot is probably not to be trusted and a clever crook who makes me feel confident, as they steal my money, doesn’t do much for my feelings of trust either.

In fairness, pretty much everybody comes out of the study pretty badly:

NGOs are seen as ethical but not that competent;

The media are seen as less competent than NGOs but also unethical;

Government is viewed as both unethical and incompetent; and

Only business is viewed as both somewhat ethical and marginally competent.

Business was also viewed as more trustworthy than government and the media back in 2007/2008. Probably a mistake. At this point, business ethics, at least in financial institutions didn’t seem to be an especially high priority with lending being based not on the borrower’s ability to pay, but the lenders ability to palm the debt off onto somebody else quickly and profitably. The creation of increasingly complex financial derivatives like naked credit default swaps certainly suggested great competence on the part of somebody, but the ethics of seeking to profit from others misfortune?  As an aside, if you haven’t heard or read The Great Hargeisa Goat Bubble, the only short story ever to have been published in the Financial Times, it is a brilliant description of the perils of modern economics, told in goats and I highly recommend it.

But of course, at the end of 2008 came the reckoning and alongside Lehman’s, trust in business was vapourised and everyone trusted government again. From 2012 to 2019 we had a period of relative trust stability with people largely trusting traditional media at least, if not their leaders. It is something of a welcome revelation that the majority have never trusted social media.

Come the end of 2019 and Covid, government had another opportunity to regain the trust of people and by May 2020, they were more trusted than anyone else. The British Government found itself leading the table with a 24% increase in perceived trustworthiness. I imagine that would sit well with those of our national politicians who seem to consider everything a global game of ‘we did better than them’. This of course didn’t last long and between May 2020 and January 2021 our government lost more trust than anyone else except the South Koreans. Our leaders would probably be less keen to share that statistic, especially as France bucked the trend of all other big governments losing trust and managed to continue to gain it. But that’s the inexplicable French for you.

As of right now, business is the most trusted intuition with ‘My Employer CEO’ being nearly the most trusted of those in leadership roles (we are trumped by Scientists to the top slot). To my amusement, everyone else’s CEO is significantly less trusted than your own, which is a delightful conundrum. I had to stop and think about it for a bit.

As a CEO I have no more reason to be trusted than anyone else, except perhaps ‘my cousins’ friend who works in a hospital and has a cure for Covid’ who should never be trusted about anything, ever. I am required by law, as well as personal ethics to make decisions in the best interests of our company, which may not always be the best for you, or even sometimes, for me. I suppose that if you know that this is the basis for my decision making and you believe that I’ll follow it, that might qualify me enough to earn your trust.

One of the joys of working for Delt is that doing the right thing for the right reasons is more important than making money any way you can. We try and recruit people who are willing to live our values. As a company we don’t always manage to do what we wanted to, in the time we wanted to do it – but we certainly try to. I don’t imagine business will stay in the trust top spot for long and it seems equally clear that unless something significant changes, we’ll continue to trust everyone less. However, for now, CEOs carry an extra burden, beyond worrying about satisfying their shareholders and supporting their staff. Some people still trust us.

Photo by Alex Shute on Unsplash