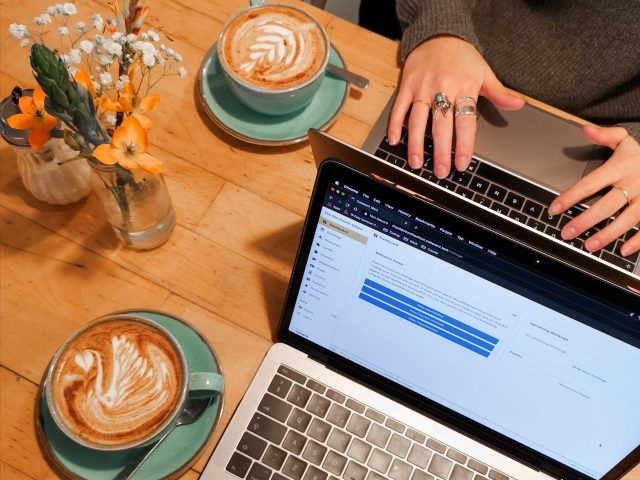 I think it’s safe to say many of us are now accustomed to working from home. But did you know there are reports of an increase in third workplaces? Third workplaces being neither your office or your home but rather a coffee shop, library or even hotel. As blissful as a change of scenery feels right now; do you consider what you’re connecting to with your phone or laptop?

Next time you access public Wi-Fi, perhaps stop for a moment and consider this…

In the last 10 years, access to public Wi-Fi has morphed from a welcome occurrence to an expectation for most people, occurring in a variety of scenarios across coffee shops, restaurants, hotels, trains, and all manner of other places. Unfortunately, this is an area where technology has not necessarily kept pace with changes in how the world works in practice, meaning that risks exist to you and your data when you use these services.

When you join a new wireless network and it doesn’t ask for a password, that’s what we’d typically call an open wireless network, and they’re super convenient for hooking up to internet on the go. The downside of this is that they’re also unencrypted. Sites like Google and Facebook still encrypt their data when they’re using HTTPS to access the page, but any pages that don’t are exposing you to anyone who chooses to look (this might also include the login portal for the Wi-Fi – just another example of why it’s dangerous to re-use passwords!)

In short – yes and no. A network should use WPA2 to offer you the most protection, older standards have been replaced due to the security flaws associated with them and shouldn’t be trusted for typical use.

To check whether you’re using a WPA2 protected network:

I’ve done that so now I’m ready to go, right?

Well, still no, unfortunately. There are some more technical attacks that can be launched between you and other people on the network which might try to route your traffic via them, or even try to compromise your device outright.

Then, if everyone using the network is friendly, you must worry about the person running it! The operators of the legitimate network may not be as friendly as they seem, or someone could have given their own network the same name to get access to their customers.

If at this point, you’re considering a vow never to use Wi-Fi again, I wouldn’t blame you. That you don’t need physical access to it means it’s a technology that’s challenging to use securely, and as ever, you need to consider whether you trust the person/people that will have access to your traffic once it reaches a wire, too. There’s hope though! VPNs are designed for almost exactly this purpose.

They do what they say on the tin, really. You get a secure encrypted tunnel to the operator of the VPN, and everything you send between your device and the operator is protected – offering you protection as if you were on a private network. Once at the provider, the traffic carries on as normal (so we do see a bit of a trust challenge here again – you need to trust the people operating the VPN with visibility of the traffic you are sending through it).

If you’ve made it all this way and still know what you’re doing, then good work. If you need a notes version here’s the important bits…

Photo by The Coherent Team on Unsplash