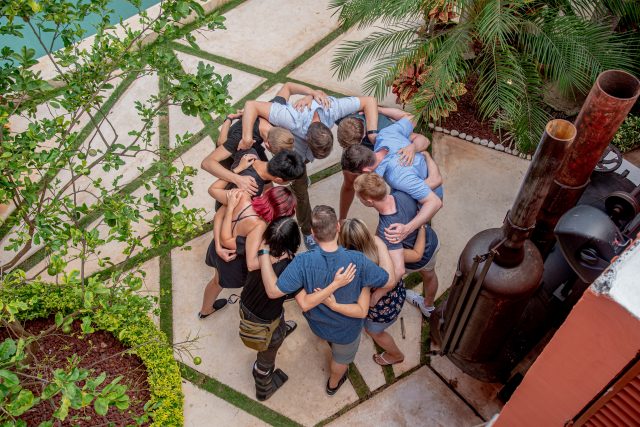 08/08/2022Sam SelbyBlogComments Off on Teamwork vs Collaboration, is there a difference?

Teamwork vs Collaboration, is there a difference?

Teamwork gets a lot of love. The ability to work as part of a team is seen as a critical skill in many job roles. However, equally important is the much less understood ability to collaborate.

Teamwork is what sent man to the moon. It’s also partly what lead to the Challenger disaster of 1986. This was an occasion where people became too focussed on the team goals, to the exclusion of almost all else. In great teamwork, you put the objectives of the team before that of the individual. You associate yourself strongly with the team. Teams inherently seek to compete with other teams. It’s what makes them so awesome.

However, the work we have just completed with Devon Partnership NHS Trust would never have happened if we had focussed too much on Team Delt. There were multiple other teams, from other organisations all working on the same thing at the same time. The danger of going or staying native and failing to realise that actions that help your team may hinder others, is very real when team comes before collaboration.

There is a fair argument to say that collaboration is just an extension of teamwork that involves multiple teams or that collaboration requires just one big team. The problem is that when you have multiple teams, there’s always a first team, even if you pretend it’s a first among equals. The problem with creating one big team is that it’s hard to do. Unless you remove people from their other teams to focus entirely on the new one, you are just back to competing sub teams.

Collaboration is harder than teamwork. It requires you to recognise a myriad of potentially conflicting goals and find a path through them. More than anything else, it sometimes means you need to leave Team at the door.

Photo by Parabol on Unsplash