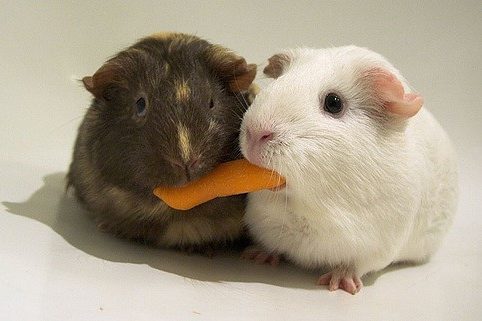 From The Public Sector to a Shared Service in 12 months

The Public Sector is something that appears in 1.3 billion google search results. In the UK, it appears on a headline every day in newspapers and well groomed people in brightly lit studios talk about it on TV; it is ubiquitous, permeating, influential, silent, governing, a Nanny State, inefficient, a vanguard, responsible, sometimes a Parent, vital, an example, progressive. It is many things to many people but one thing it has always been and always will be (we must protect it with our lives by the way) is evolving. To attempt to define it though would be a Gordian knot. I was (and still am) employed in the public sector and have been for most of my adult life. My Father and my Grandfathers have worked within the Public Sector. My partner works within the Public Sector and my children have and are being taught by it. Some of my dearest friends work for the Public Sector and many more have sadly left. It has been a massive influence upon my professional life and has taught me more about being me than any school or university ever did. As a human, I also use and pay for the Public Sector. You can’t escape its embrace (who would really want to!) but sometimes, it isn’t like being hugged by a big furry bear, it’s like being hugged by that suspicious Aunty you don’t trust and see once a year at Christmas. Working for the Public Sector can be cruel and thankless and really quite upsetting. On January 1st 2018, I managed a very small service area of Plymouth City Council, a Unitary Authority consisting of around 2,500 people serving upwards of who knows how many members of the public (or service users, clients, customers or whatever the current buzzword is); we were there to help and make the lives of people better. What other business does that? It was tiring but the fact we were there to help people in some way kept me turning up every day for 18 years.

I managed the Print Room on January 1st 2018 and during that transition from 2017 to 2018, a concept of transferring my service area to a Shared Service was being floated around. Someone somewhere mentioned Carillion. The suggestion made me recoil and almost hours after this was publicised, the front page of the Financial Times laughed out loud at the suggestion and someone’s trousers metaphorically fell around their ankles. Inevitably, that particular flotation sank to the bottom of the sea of Capitalism and Carillion went bust (boo hoo) and the idea was flushed (you get where that analogy is going don’t you?).

Along came DELT Shared Services. The IT people who were once situated on Floor 2 of the Civic Centre had become a Shared Service four years before and everyone at Plymouth City Council who had a business centre or a function they could sell were envious of what DELT had become in those short four years. It was put to me, in a hushed tone in a quiet corner, that we were in the frame to join with DELT. I think the Senior Managers at Plymouth City Council were bored of hearing from me in the end; I was like Bob Geldof during that Live Aid interview where he pounded the table and shouted “Send us your f**king money NOW!” – we wrote the business case and it made sense (it wrote itself) as I’d been leading a viable service area for the past three years and there was an upward curve and my blood, sweat and tears (cliché alert) were bearing fruit so it felt natural to release us and allow us to become something better; we needed to become free and DELT looked a good proposition. I think most of the Senior Management Team sighed with relief when they heard that the sand in their swimming trunks would soon be gone. It was a better option than Carillion who’d left behind them a wake of half built hospital wings and a huge debt the Government would have to fill. Austerity coupled with public money being poured into private ventures with shareholders to pay is about as toxic a mix as you could imagine. It looks like Interserve are heading for the same slippery slope. When will they learn?

We transferred on the 12th September. Three months isn’t a long gestation period unless you are a Wombat (you can make three Wombats in three months according to Wikipedia – one a month! Imagine having a free Wombat every month). We’ve been reborn in three months and Shared Services are an interesting concept but I feel that DELT Shared Services is the right concept and it is one of the good ones.

Capacity in my area is key and the aim is to create capacity simultaneously alongside increasing production. It is all about growth and with growth, creating economies of scale. The concept is simple; the more you make, the cheaper it becomes but you need to be making more in less time so you can make even more with the time you have created. DELT’s slogan/concept/jingle is Faster, Better, Cheaper. I like FASTER and I like BETTER but CHEAPER made me feel uncomfortable as I am, at heart, an artisan.

I can present an ill informed, anecdotal account of what I think are the differences between 100% pure Public Sector and Shared Services (ultimately, in the case of DELT, I think they’re the same thing) but I’d be wrong. I can only speak of the positives it has brought me personally.

In the three months I’ve been a part of DELT I’ve had the following things happen that were non-existent in the last 8 of the previous 18 years I have worked for the Public Sector.

If you have got to the end, thanks for reading. I’m off to play Street Fighter 5 with my daughter now. I’ve not spell checked this or proof read it either as another thing I’ve found is that I no longer worry about being perfect.