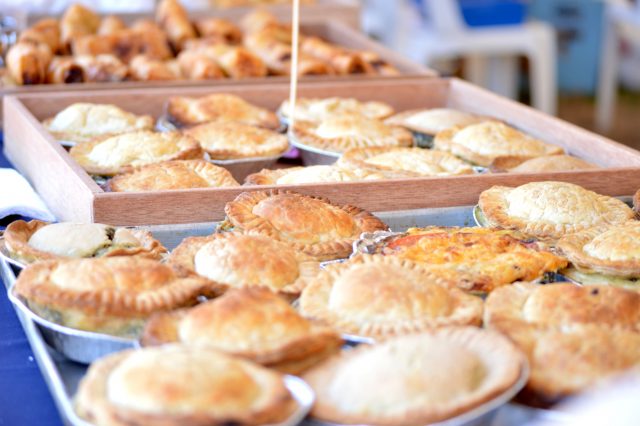 What do pies & HR have in common?

Today is, I am told, International HR Day.

It’s also World Bee Day, National Endangered Species Day, National be a Millionaire Day, National Defense Transportation Day (in the US by the spelling), National Pick Strawberries Day, International Clinical Trials Day and World Meditation Day. As if that wasn’t enough, we are in National Walking month too. I was going to make a joke about the need for a National Pie Day when I discovered that there already is one (January 23rd). Ditto National Sausage Dog Day, which is on June 21st.

Hilarity notwithstanding, this has prompted me to think about how important HR is.

Regular readers of my ramblings will probably be aware that I love my job but have calculated that it would be at least 6 times better if I didn’t have any employees, customers or suppliers. Without them, life would truly be blissful, if rather dull.

I should start by saying I don’t even like the term HR. Back in the old days, HR used to be called Personnel. I liked Personnel. It recognised people as being special and different and not just another ingredient you need in the recipe for running a company. Human Resources make people sound a bit like nuts and bolts or cleaning products or other SKUs you might keep lying around in case they are needed. Don’t even get me started on the idea of Human Capital Management. For the sake of a quiet life though, I will call what I still think of as Personnel, HR. It is after all, International HR Day, not International Personnel Day.

One of the joys of being a CEO is I tend to interact with people when they are at their best. I get to hang out with those who have gone above and beyond or done something amazing. I don’t often have to deal with people at their worst. People who, because they are human, are struggling with work or family or just life. I think I probably have the empathy of a cabbage and the patience of a hippo, on his way to eat a cabbage. This makes me a very poor manager of people. Yet, at Delt we have super high staff engagement, a Best Companies Award, the Workplace Wellbeing Charter and more. This is all down to our HR team. This small group deals with the collected daily challenges of nearly 600 people. I can barely manage to deal with my own.

Who looks after HR?

I’m sure it should be me but as mentioned, I feel poorly equipped to do so. Which means they have to look after themselves as well as everyone else. This is a pretty thankless task. People are quick to complain if something goes wrong but slow to praise when you get paid correctly, hired fast, trained well, supported through whatever life or work challenges you have, or exited well enough that they are singing our praises long after leaving for new opportunities.

Despite my new found passion for National Pie Day, I think that I could probably live happily and (more) healthily without pies. I could not live without HR. Probably, nor could you.

Photo by FitNish Media on Unsplash