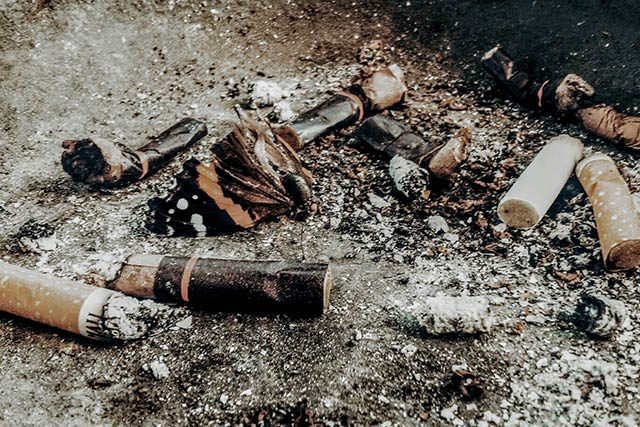 27/04/2018adminBlogComments Off on On Becoming A Smoker

On Becoming A Smoker

I have never smoked. I’ve never even wanted to try. I’ve always been very supportive of taxing cigarettes out of existence. They are after all, bad for you and bad for the NHS, which by extension means bad for me because my taxes help pay for the NHS. Cigarettes bad. Cigarette tax, good. I feel much the same way about alcohol but I don’t drink alcohol either (well, not much anyway).

Yesterday I bought a ready to drink Ribena in a petrol station. I’ve been drinking Ribena for nearly 50 years (except a brief period where my mother banned it from the house for fear I’d spill it on her white carpet – who has a white carpet???). I like Ribena. It’s full of things I like. Mostly fruit and sugar. However, something was wrong. Had I put Ribena in the car and drunk the petrol by mistake?

I quick look at the ingredients (required glasses – I’m getting old) and found the answer Somebody had taken out the sugar and put something else in instead. Something that tasted bad. A quick Google showed I’m not the only one who has noticed. GSK, who own Ribena have, as a response to the sugar tax, replaced the sugar with artificial sweetener. Instead of passing the tax onto the consumer and letting them choose to pay more to be unhealthy they have, I assume, decided that they will sell more product if the price stays down.

As I understand it the rationale for the sugar tax was to dissuade people from consuming too much sugar, because much like cigarettes, booze and petrol, it was going to be taxed and thus expensive. I don’t imagine that the tax was supposed to stop manufacturers using sugar at all. That hasn’t happened with fags, booze and petrol after all. You can still buy them, they are just expensive. But you can’t buy Ribena any more! Not real Ribena anyway.

So, I’m now entirely full of righteous indignation. I’m ranting to myself about how I should be treated like an adult and be able to make my own choices. I’ve consumed too much sugar for forty plus years, I’m not going to stop now! Then I catch myself and realise I sound like a smoker. I’ve become one of those I have always been so dismissive of. It’s my choice if I consume too much sugar, but is it fair that the costs of that consumption are then picked up by the NHS and therefore others who make better choices. It’s a much harder debate when its something you like that’s bad for you.

I don’t know what the answer is and perhaps this will make me more tolerant of those with addictions to other bad things. What I do know is that I’m going straight to the Co-Op because my wife says they still have stocks of real Ribena and people are buying them by the caseload. I hope there is some left.