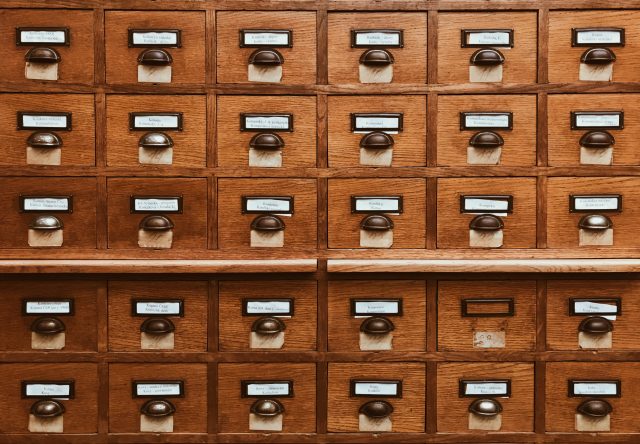 20/01/2021Giles LetherenBlogComments Off on Never Tidy Up

In a week when:

the police have accidentally deleted 150,000 records;

a man who threw away a broken hard drive containing a handful of bitcoins in 2013, now worth £230m, has been told he can’t go dig up the landfill to find it;

I’ve been thinking about data and records and how they get lost.

Anyone who has spent time trying to search for old government records will be familiar with the sorry tale of ‘lost in a flood, lost in a fire, lost down the back of the sofa’. Add to that those documents that aren’t actually lost but which mysteriously don’t seem to exist. In my case, the non-existent records relate to one of my grandparents, who appears to have been an American serviceman posted to the UK during World War 2, who was not married to the mother of his child, because awkwardly she was married to somebody else. He was, it seems, mysteriously killed in combat just after finding out he was due to be a Dad, but all records were lost. I understand that this happened a lot.

Digital records do have some significant benefits. You can store an awful lot in not very much space. You can easily keep lots of copies, in different places, though this poses real challenges for ‘right to be forgotten’ requests. No longer is there really an excuse of ‘lost in a flood’ or lost in a fire’.

But digital records aren’t magic. They are not permanent, especially when not stored in something formally designated as an archive. Backups get overwritten by design. It’s amazing the number of things people delete, then want back. The worst thing anyone ever does is tidy up. It’s like tidying your garage. You throw away that thing that’s been in the way for the last two years and you know you will never really need. Then suddenly, the next week, you need it. I have spent what feels like months of my IT career trying to recover data lost in tidying up.

Both the police issue and the bitcoins are related to tidying up. For the police, removing data related to investigations that were terminated before charge with no further action or for those who had been acquitted. This seems entirely within the spirit of the GDPR, even if there is an exemption allowing some of it to still be held. In the lost Bitcoin case, an old broken hard drive just got thrown away in landfill. The WEEE Regulations did not come into law until 2014 so perhaps the owner can be forgiven for such an ungreen act. He is surely being punished by the karma gods now, knowing that a digital fortune lies rusting next to decomposing banana skins and old nappies.

Data, like people, is/are (using are with data always annoys me because it sounds wrong) transient. We kid ourselves that digital data is permanent and cannot be lost. The law of entropy suggests that sooner or later, it always will be. Especially if you ever tidy up after yourself.