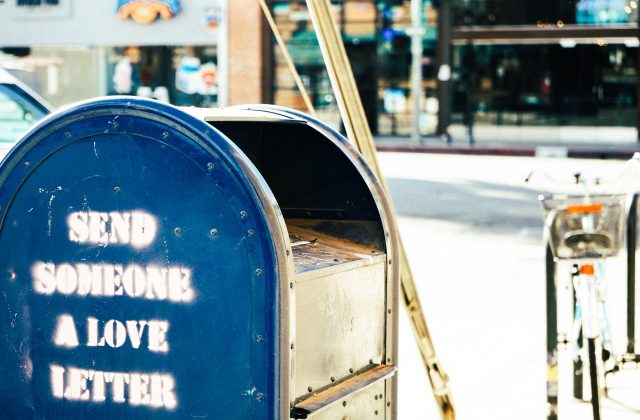 12/09/2018Giles LetherenBlogComments Off on I Love Letters

When I was a CIO (at the MoD) I owned all sorts of ‘information processing’. As well as IT I was responsible for a technical library that contained all sorts of very obscure books, mostly about interesting and unpleasant ways to kill people. I had my own Post Office – which was handy as I was based in Washington DC and to my knowledge, ran the only full British Post Office in the US, with overnight mail service to the UK. The whole thing was especially trippy as most of the postal staff were army regulars and came to work in BDUs. For the uninitiated, that’s Battle Dress Uniform – clothing for killing people! I also had to look after the archaically named ‘Registry’ which is where thousands of paper files were kept by a team of clerks. We had everything from the mundane through to TOP SECRET (CODEWORD) material, which adding to the general air of weirdness meant I was responsible for staff cleared to handle material I wasn’t allowed to see.

Although managing digital is the way of the future I come from a generation where there is still a great fondness for good old paper documents. There is something tangible about a real book or a real letter that you don’t get from an email.

It is with a great degree of retrospective satisfaction therefore, that I see the onboarding of our latest service offering – Print and Mail. Although Delt spends much of its time trying to digitise the analogue, there will be a requirement for printed documents and the means to move them around for many years to come. From today, we have the people, the equipment (some of which looks like it would eat a misplaced arm – and if you read my previous blog, you’ll know just how much I like dangerous tools) and ability to do that at scale.

Exciting times, especially if you like your books produced on paper rather than liquid crystal.