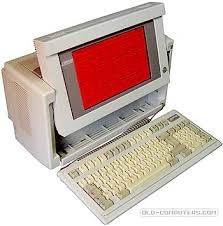 Embracing change is the way to success

Way back when in June 1989, aged 15 years and 11 months, in a smart beige New Look suit with rolled-up sleeves and kitten heeled shoes (trust me it was a very fashionable look at the time) an incredibly nervous young me turned up at Grant Thornton for her first day at work. Somehow, I had convinced them to take me on as an AAT trainee. I had calculated that it would be a quicker route to qualification than A levels, a degree and then graduate conversion. Plus, I would learn on the job, get paid and have 5 years’ experience by the time I qualified. Sounded so easy when I formed my plan.

Fast forward 33 years to March 2022, aged 48 and 9 months, in a smart top, cut-off jeans and slippers (standard Teams meeting fashion of the modern world) a slightly anxious middle aged me received the news from the Chair of the Delt Board that I had been appointed Chief Financial Officer. After several months acting as interim, a recruitment process that was certainly not for the faint hearted and an intense period of proving I could step up and deliver at this higher level, I had done it, I had convinced the Board that I was the woman for the job!

I have got to admit it has taken awhile to sink in and has caused me to reflect a lot on what happened in those 33 years in between. Apart from the obvious of learning my debits and credits, passing exams etc it all really comes down to the ability to adjust to and drive change and the people you have around you.

There has been so much change in the last 3 decades, especially in technology and culture. Back in ’89 on my first day one of the first tasks I was given, after the tea run, was to add up a column of the phone book using an add lister (a calculator with a till roll print out). I wondered if this was a joke but back then using a calculator was a skill all accountants needed. These were pre computer days and were very different times.  Everything was manual and on paper. The data centre was a massive room of filling cabinets, and its firewall was a band of secretaries that would tackle you to the ground should you try to enter their domain.

I remember the first portable computers being delivered to the office, the biggest change in my working world. It was a HP Compaq, the size of an Ikea bag, weighed a tonne and had a strange pop-up orange screen – but I loved it. I just thought it was so cool and it added up quicker than me and my add lister! Fast forward 33 years and now you can do pretty much everything from your phone if you need to.

The changes to culture are also beyond recognition, we now have leaders not bosses, diversity not the old boy’s network, Gordon the Grope is no longer welcome. Most organisations now understand that the workforce is their biggest asset and must be nurtured and looked after, that having engaged, and motivated staff is critical to the business.

Change can be carefully planned for and managed, or it can just hit you out of nowhere, like a global pandemic! The fact is there has always been change and there always will be change so you have to be able to deal with it. I learnt early on to embrace it, to see it as an opportunity not a threat. Continuous improvement is so important to business and people and that only happens if we continue to evolve and change. It is not always easy, but it is almost always worth it.

Imagine if we still had manual ledgers, life without Excel… does not bear thinking about.