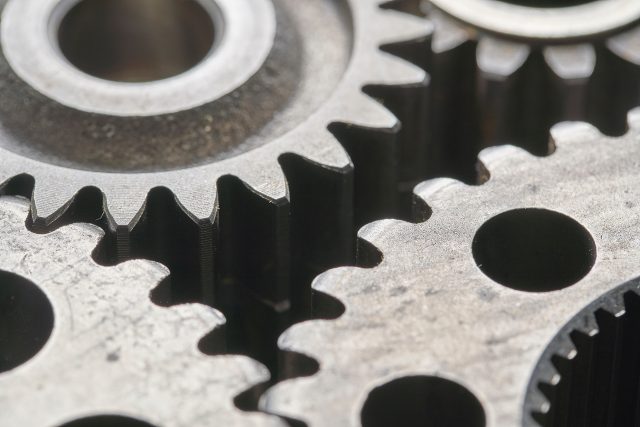 15/03/2021Jessica TurnerBlogComments Off on A Project Manager’s Perspective

A Small Cog in a Big Machine

Vaccinating the entire UK adult population as quick as possible strikes me as quite a daunting task. If it was up to me, I wouldn’t know where to start. But thankfully that isn’t the case. There’s a whole load of dedicated healthcare professionals who know what to do and are dedicated to tackling the greatest challenge, the country,  has faced since World War 2. There are so many cogs turning in the overall vaccination machine to make this work, it is impressive that it is in place and working smoothly. The UK is currently the 3rd highest in the world in terms of the percentage of doses administered to its population. And I find that pretty impressive.

When I think back to November last year when Delt were appointed to be just one small cog, in the overall vaccination machine, to ensure that the IT for the Primary Care Networks’ mass vaccination sites, within Devon, was arranged, set up and ready for the start. Ok, I do know where to start with that, and I knew that the teams at Delt could  do it. With a large proportion of the sites not being located at GP surgeries but rather at leisure centres, bowling greens, perhaps even a function centre with a bar. The scale of the task certainly didn’t pass me by and it was going to take some planning but I felt certain we would make it work. Above all else, this had to happen in a few weeks as programme would be moving at pace. I’d better strap myself in. This is going to take some doing.

And so, the work started to gather as much of the requirements together as possible. What locations were the vaccinations going to take place in? Do they already have a network that can be used? Is it fast enough to handle, potentially, a lot of users? How many laptops do they need? They need barcode scanners as well?! It was a lot of information to gather in a short period of time. Luckily, I was not alone and had Joe Unwin from the PMO co-managing the project with me. We were able to split the work up between us and get a solid picture as to what was needed.

Before long, we had laptops ready to go and scanners being delivered. We had brokered deals with other organisations to use their networks at their sites. We had bought additional 4G routers as back up plans (and there can never be enough back up plans!). By mid-December, the first week of sites going live with vaccinations had arrived and, with the help of some very dedicated members of our Service Desk, we were delivering IT equipment out to sites and having one final check before the big day. From that point onwards it became a bit of a blur. There was so much activity throughout the rest of December that we didn’t have time to pause for breath. But looking back, we played our part in getting the IT ready for all these sites, enabling them all to go live and come away unscathed without any insurmountable IT issues. 20 sites all up and running with the IT all in place and no major problems (I’d better touch wood when I say that…). Achieved by the dedication of numerous teams and individuals across Delt who put in the hours to make sure we were able to put in place what was needed and be ready to support them afterwards.

Fast forward to now (March) and the rate of vaccinations is still speeding up. I’m over 40 so I hear my time for a jab will be soon. And when I roll up my sleeve and try not to pass out at the sight of a needle, I will think back to the previous 4 months and how impressive the overall machine of the healthcare sector has been to put this all in place. And I am glad that Delt has been able to play its part by being even just a small cog in this machine.

Photo by Bill Oxford on Unsplash