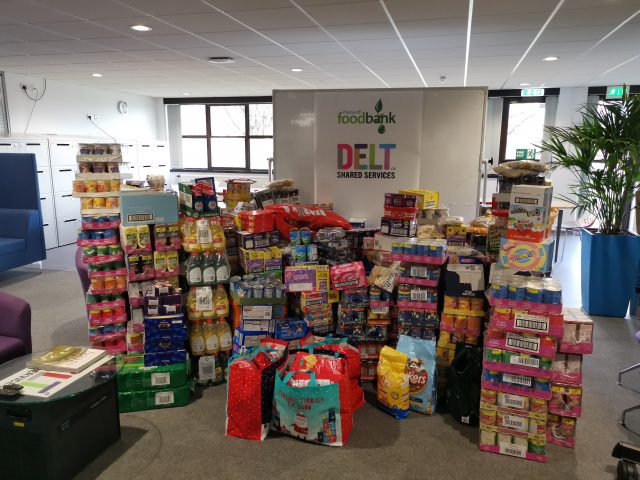 Due to the Pandemic it has been difficult for Delt to run their usual charity events and community support initiatives, however that didn’t stop the staff coming together to donate a huge 1,600 kg of food, drink, pet food and toiletries to the North Plymouth Foodbank.

On Friday 11th December, a number of Delt volunteers loaded up 2 vans and a car with the donated items from staff and Delt and delivered to the Estover Foodbank in time for Christmas parcels. This year’s donation far exceeded anything that Delt has donated before and demonstrates the staff’s ability to continue doing amazing things even when times are the most difficult.

Adam Dyer, who helped coordinate the appeal said ‘We managed to donate around 70kg of food last year, but I am truly blown away by this year’s 1,600kg of donations. Our staff at Delt really are amazing people.’

In order to ensure all staff were kept safe the appeal was run in a Covid-secure way with a large drop off zone located in Delt’s main Plymouth office. Volunteers wore masks and maintained a sensible 2m distance. 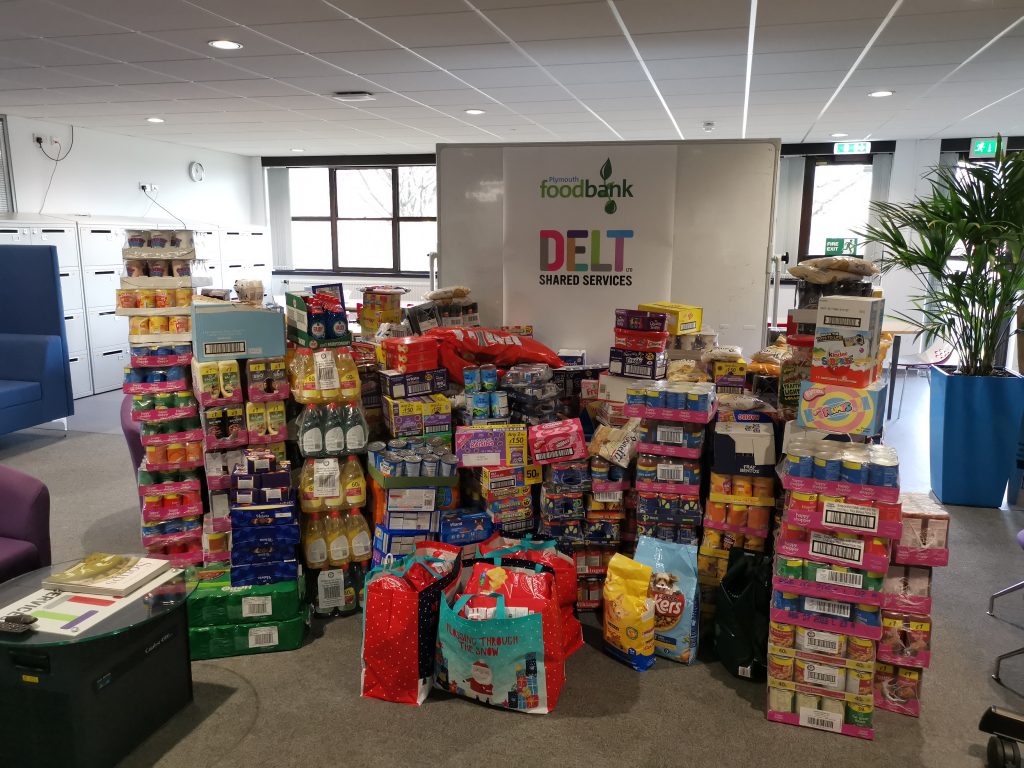 In addition to Delt’s Foodbank appeal, other teams across Delt have also embarked on their own charitable activities with many teams opting to donate to a nominated charity rather than exchange gifts. Just like Delt’s Procurement team who decided that secret Santa would be difficult this year and instead pooled their budget and turned it into a donation of food and treats for the Christmas boxes being distributed within the local community by the “The Core”.